Do you need to develop your language skills? Discover our comprehensive range of language training solutions

Do you need to develop your language skills?

Spain is a country renowned for its weather, beautiful beaches, friendly people and laid-back attitude. But one of the difficulties for Britons, or in fact any other visitor – be it for business or pleasure – is the apparent difficulty Spaniards seem to have to speak English.

Why is it that some European countries speak English better than others? Read on to discover some of the reasons behind this phenomena.

Do you speak English?

The problem lies, of course, not with the Spaniards themselves but with a number of reasons that impact their ability to learn and speak English with the ease of, say, the Dutch.

To start with, Spanish is a language with only five vowel sounds, and the stress and intonation differ widely from those of English.

Compared to other Western European countries such as Portugal, the Netherlands, or Germany, Spain seems to lag behind them in terms of English language proficiency. The video below went viral a couple of years ago when the then Mayor of Madrid gave a speech to the International Olympic Committee. She was criticised and ridiculed at the time.

This is particularly interesting as its neighbour, Portugal, with a shared common history, similar culture and language, seems to exhibit greater prowess when it comes to speaking the language of Shakespeare. 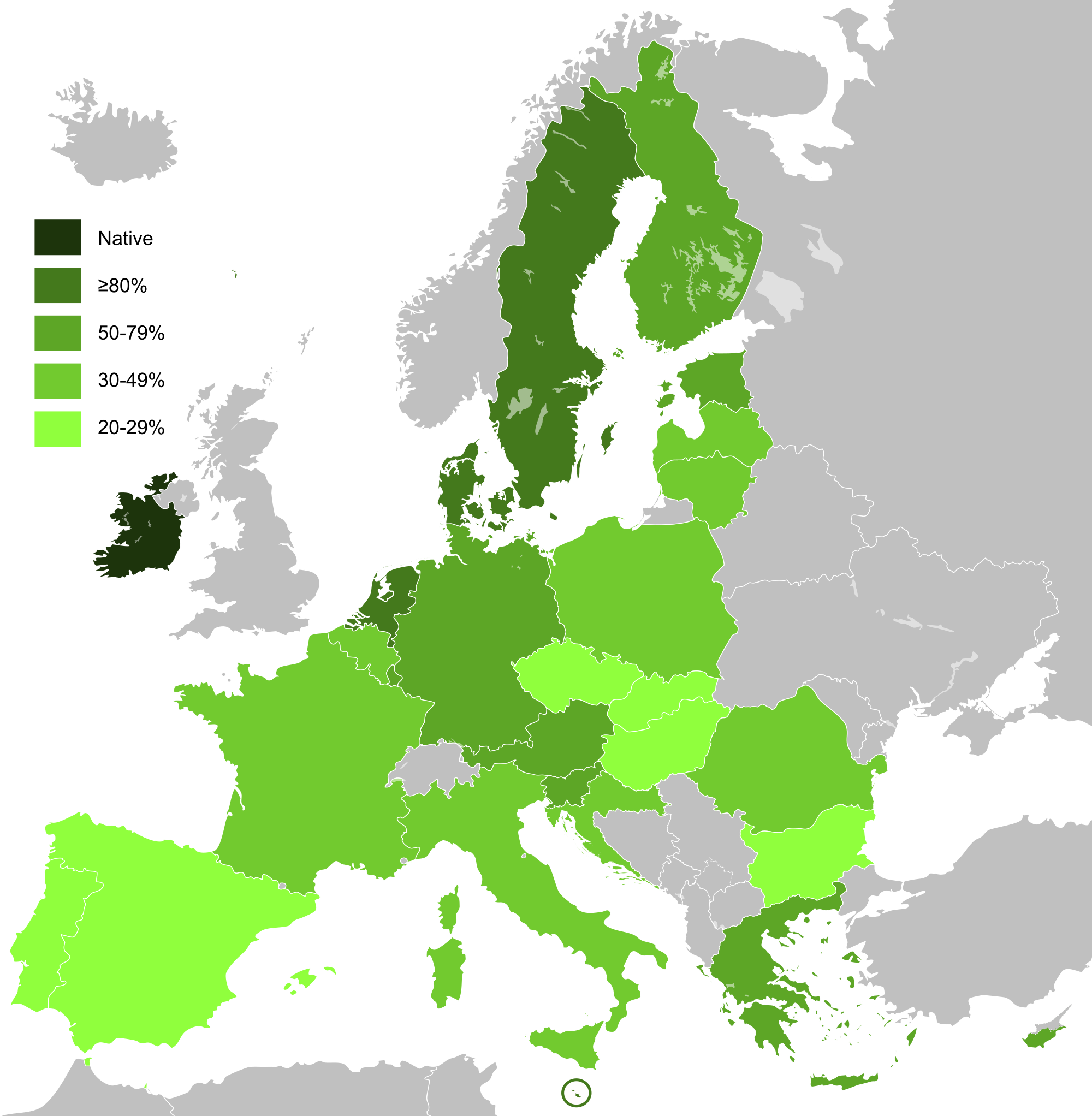 Spain is one of only a handful of ‘dubbing’ countries in Western Europe, the others being:

This means that almost all of their movies and TV shows are dubbed into Spanish as opposed to having subtitles with the original soundtrack.

The dubbing industry is so developed in Spain that some dubbing actors have achieved personal fame, being assigned to dub the same Hollywood actors exclusively throughout their careers.

Spain is one of only a handful of ‘dubbing’ countries in Western Europe, the others being France, Italy and Germany

While there is nothing wrong with this tradition, the problem that this represents for Spaniards willing to learn English is significant.

They often struggle as they only ever get to hear English if they go out of their way by visiting cinemas showing original version, acquiring pay TV, or taking Business English courses, but these are all very limited environments.

A significant contrast with the Dutch

On the other hand, the Dutch receive lots of foreign content, even on national TV. Dutch children watch German and American TV programmes and, without realising it, they entertain themselves while simultaneously familiarising themselves with foreign languages from a very early age.

Immersion remains the best way to learn a language

It is well known that the best way to learn or improve a foreign language is by being immersed in the culture of the desired language, being able to practice it and hear it constantly and on a daily basis.

The lessons learned in the classroom can thus be put into practice straight away, making learning the language a necessity, vital to interacting successfully with others, as well as relevant to daily situations.

It is well known that the best way to learn or improve a foreign language is by being immersed in the culture of the desired language, being able to practice it and hear it constantly and on a daily basis